Barbaresco: the physiognomy of excellence.

Barbaresco is a made with nebbiolo grapes from the best soils and locations in the Langa hills. Given their unique genetic characteristics, these grapes produce wines of aromatic complexity, tannic potency and great longevity.

A bit of history

Until the late 19th century, when no distinction was made between the Barbaresco and Barolo, the nebbiolo grapes of Treiso and its surrounds (Barbaresco, Neive, Alba) used to go into Barolo. The origins of the present Barbaresco denomination can be traced to 1894, when Professor Domizio Cavazza established the Barbaresco Winegrowers’ Cooperative, the ‘breeding ground’ for a wine with a personality all of its own, huge elegance and excellent tannic texture.
Ever since the early decades of its production, thanks its combined characteristics of femininity and balance Barbaresco has been awarded the epithet ‘the Queen of Wines, by way of contrast with Barolo, ‘the King of Wines’.
The Denomination of Controlled Origin (DOC) arrived in 1966. Besides Treiso, it encompassed the communes of Barbaresco and Neive, and San Rocco Seno D’Elvio, a small hamlet outside Alba, and this has remained its production zone to this day. The conferment of the Denomination of Controlled and Guaranteed Origin (DOCG) in 1980 marked Barbaresco’s final consecration.
In 1997, the production control was updated with the introductions of ‘additional geographic mentions’ (MGA), which officially identify so-called crus, well-defined micro-areas in which the Barbaresco produced stands out for specific historically recognised characteristics. Our ‘mentions’ are Manzola, Montaribaldi and Rombone.

The vine and the grape 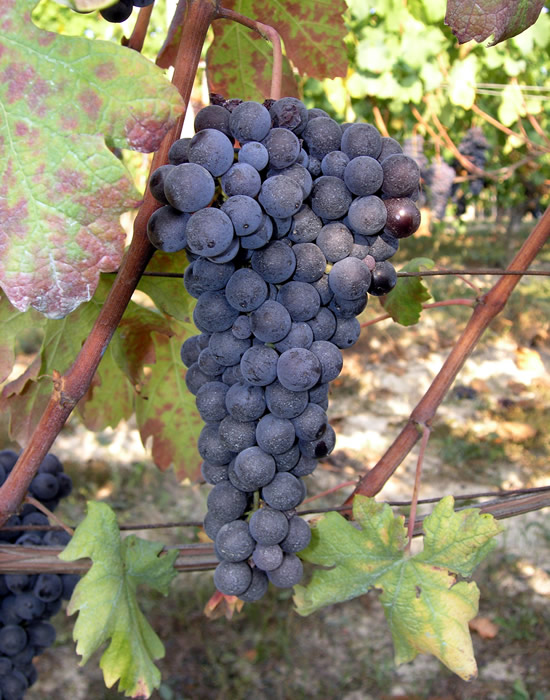 Three subvarieties of the nebbiolo grape grown in the Langa hills are permitted in the production of Barbaresco and Barolo:

The leaf of the nebbiolo vine is medium-sized with accentuated lobes. The grapes are also medium-sized and round to oval in shape: the flesh is sweet and juicy, while the skin is hardy and rich in tannins. They are dark purple in colour but go greyish with bloom in autumn. Early blossoming and late ripening make nebbiolo a difficult grape variety, vulnerable to a number of weather risks.

Excellence at the table

Barbaresco is light ruby red in colour, though it veers towards garnet after the first year’s ageing and orange after many years. One of the wine’s most exciting qualities is its aromas: particularly impressive are its intense and complex nuances, which develop in the glass with aeration and in the bottle with the passing of the years. Red berry fruits, blossom, tobacco, mint, eucalyptus, liquorice – a succession of scents that eloquently express the grape variety, the vineyard of origin and the ageing techniques adopted. Though it isn’t necessary to uncork the bottle hours before serving, aromas change markedly within minutes, so it’s advisable to aerate the wine progressively as one tastes it.
On the palate, Barbaresco is characterised by notable intensity and length, pronounced tannic weave, good acidity and an alcohol content that adds warmth and softness.
In short, a combination of caressing, velvety, lingering flavours.

The production protocol calls for a minimum of two years’ ageing of which nine months in wood barrels.Barbaresco is actually at its best after 5-10 years,though if the vintage is good and the producer skilled enough it can age up to 30 years and more.
The wine should be served at a temperature of 18°C. If it has not been aged for many years, it is advisable to decant it.